We use cookies to obtain aggregate data regarding site traffic and interaction, in order to identify user trends and obtain insights in order to continually improve our site. These cookies enable us to improve your customer experience as you use our site and help provide you with relevant online marketing.

Change Settings
Accept Cookies
Cookies Preferences
Netmatters uses cookies on their website. Cookies are small text files that are stored on your computer or other device by websites that you visit. This page explains the cookies we use and what we use them for, and lets you turn them on or off. (Some cookies are necessary in order for our website to work properly.) We also explain below which other companies use cookies on our website and what they use them for, and lets you turn those other companies' cookies on or off.
Our website uses cookies in order to make the website easier to use, to support the provision of information and functionality to you, as well as to provide us with information about how the website is used so that we can make sure it is as up to date, relevant and error free as we can. We also use cookies to try to ensure that our online adverts reflect the interests of web users. Further information about the types of cookies that are used on our website is set out box below.
As well as the options provided below, you can choose to restrict or block cookies through your browser settings at any time. For more information about how to do this, and about cookies in general, you can visit www.allaboutcookies.org and www.youronlinechoices.eu. However, please be aware that restricting or blocking cookies set on our website may impact the functionality or performance of the website, or prevent you from using certain services provided through the website
Please note that third parties (including, for example, advertising networks and providers of external services like website analysis services) may also use cookies, over which we have no control, although we may receive services from these third parties (including, for example, for targeted advertising purposes and website analytics). These cookies are likely to be performance cookies or targeting cookies (as described below).
Functional Cookies
Functional cookies allow our website to remember choices you make, such as your user name, log in details or language preferences, and any customisations you make to pages on our website during your visit.
Examples of how we use these cookies include:
Performance & Analytics
These cookies help us understand how people use our website. They collect information such as which pages on our website visitors go to most often, which features they use, and which websites people have visited before they visit ours. We use this information to improve our website and provide a better user experience.
Examples of how we use these cookies include:

Google’s New RankBrain AI; What Is It All About?

AI stands for Artificial Intelligence, which is the idea of creating a machine that can teach itself through experience, things that would typically require intelligence done by humans. AI’s are often referred to as “machine learning artificial intelligence” due to their ability to learn from their own mistakes to make themselves more accurate. AI up to this point has not been widely successful, with the development of such systems being difficult due to their nature.

RankBrain is an artificial intelligence that Google created with the aim of increasing the accuracy of search terms that have not yet been seen by Google before. RankBrain interprets these searches and makes predictions about what the new words could mean and relates them to better known searches. The way it does this is by taking vast quantities of written data and converting this into mathematical vectors that it can then understand, then from this point analyses any phrases it cannot understand. At this point using the other data it has obtained from the rest of the text, it gauges an accurate guess at what the unfamiliar phrases and words mean. RankBrain has been deciphering approximately 15% of all searches that Google has been unfamiliar with and in an experiment got 10% more predictions correct about search rankings than the Google engineers who created the algorithm in the first place did.

Google has claimed that RankBrain is now the “third most important signal” used when ranking a website, which has taken many search marketers by surprise. Google have not released the 2 most important factors (in usual Google fashion) or has not stated which signal that RankBrain replaced, but it is likely that these two factors are content quality/keywords and backlinks. RankBrain is however probably making a big impact in the search’s we do every day and it is unlikely that Google would make an AI the third most important ranking signal if it was not doing a lot for the search accuracy.

RankBrain has just been announced to the public, so it is unlikely that this will mean really anything for SEO just yet. The focus should always be on quality for SEO, with this update existing to improve the experience of Google users so the two go hand in hand. In time however, the development of RankBrain may change the way we optimise websites, with the ability to stay in front of search marketers becoming a possibility for Google.

With time advancements like these will continue to increase in sophistication, so it will become increasingly important to offer nothing but high quality content. The days of black-hat SEO are in the past, with spammy tactics producing nothing but punishment from Google. It is undeniable that Google has come a long way as a company and there are no signs of these advancements stopping any time soon. 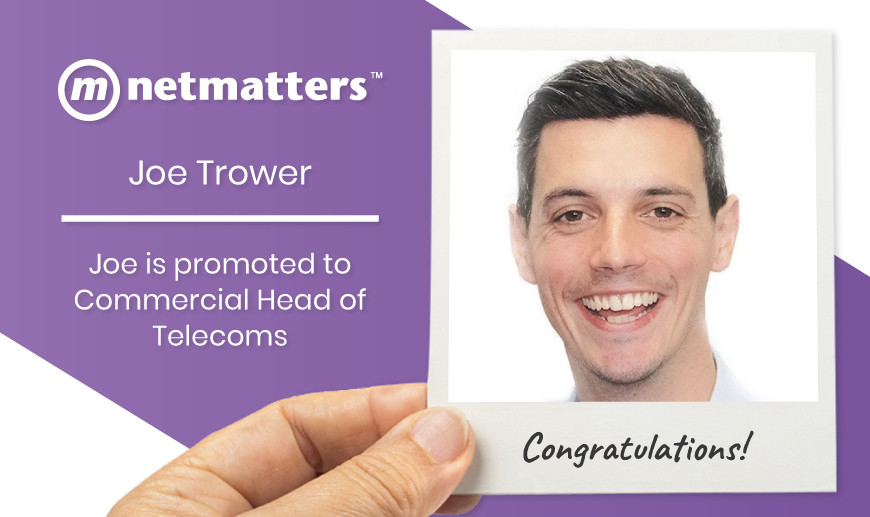 Joe Trower is promoted to Commercial Head of...